MI ABUELA, QUEEN OF NIGHTMARES: A PLAY BY CHRISTINE STODDARD

The play was chosen as one of three national finalists in the Fulton Festival of New Works in Lancaster, Pennsylvania. It was presented in a staged reading at the Fulton Theatre. The director was Eric Swartz (“El Chelito.”) The cast consisted of Nelly Torres (Maya), Carol Cadby* (Mami/Ancestor #2), Nancy Ticotin* (Abuela/Ancestor #1), Joshua William Green* (Owl/Cactus/Jaguar), and Ben Dibble* (Father/Sheriff.) The reading did not feature the full stage directions or the role of Jaguar/Owl/Cactus #2.

*Member of Actors’ Equity Association, the Union of Professional Actors and Stage Managers in the United States. 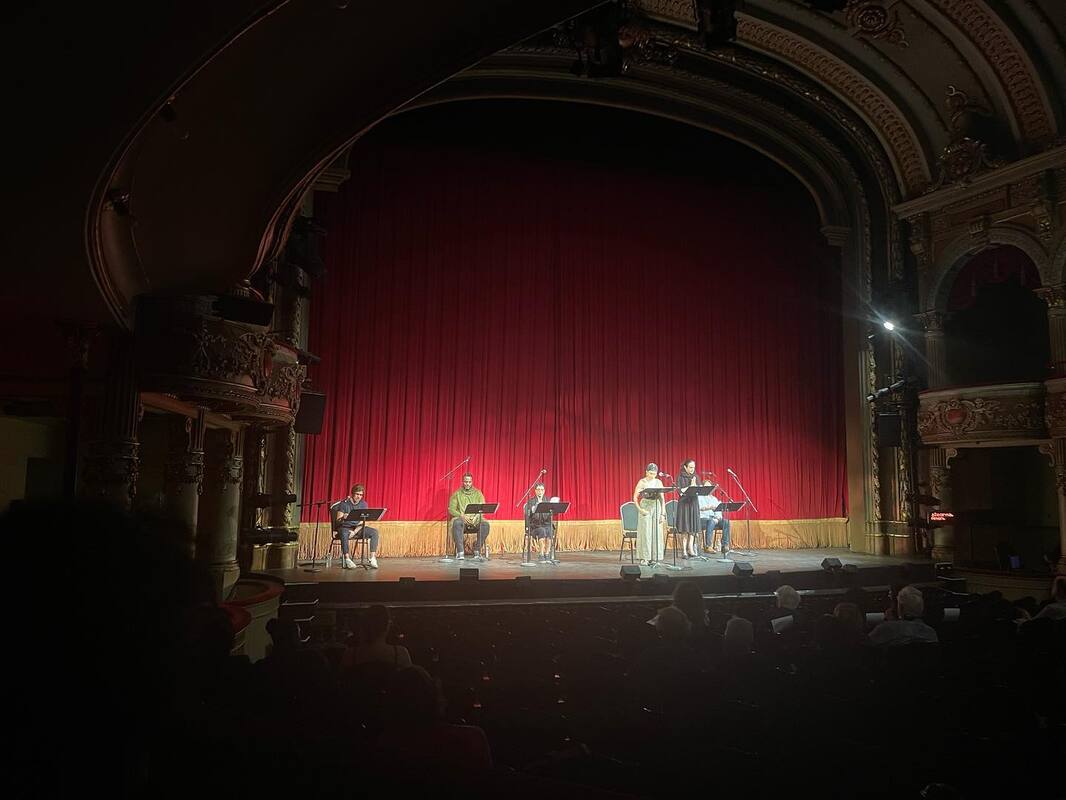 Comments from the judges and audience:

​"This play must be produced for everyone who knows a woman (that’s everyone)."

Stories about the Fulton Festival of New Works ran on the local news website Lancaster Online.